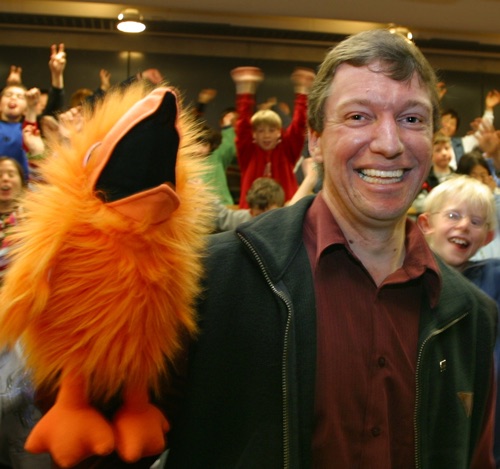 What’s the big idea with CS Education in K-12?

Computer Science is seen in many different ways in society; some may consider it to be an esoteric collection of jargon-laden skills, while others view it as an essential topic of study for all citizens. Many of us are very passionate about sharing our enthusiasm for the subject with others, and we are at a time in history where much of the hard work to get the public to understand that it is something special is starting to bear fruit, as we see Computer Science and Computational thinking appearing in K-12 curricula around the world. But what is it about Computer Science that makes it so important and exciting? Is it a subject in its own right that deserves space in the curriculum? We will explore the reasons that young students should become engaged with the subject, illustrated using an Unplugged perspective.

Tim Bell is a professor in the Department of Computer Science and Software Engineering at the University of Canterbury. His “Computer Science Unplugged’’ project is being widely used internationally with the supporting materials (books and videos) having been translated into over 20 languages. Tim’s awards for his work in computing education including the ETH (Zurich) ABZ International Honorary Medal for Fundamental Contributions in Computer Science Education (in 2013) and the IITP President’s Award for Contribution to the IT Profession in 2014. Since 2008 he has been actively involved in the design and deployment of teaching Computer Science and Computational Thinking in New Zealand schools.